Our new house – letter to architects 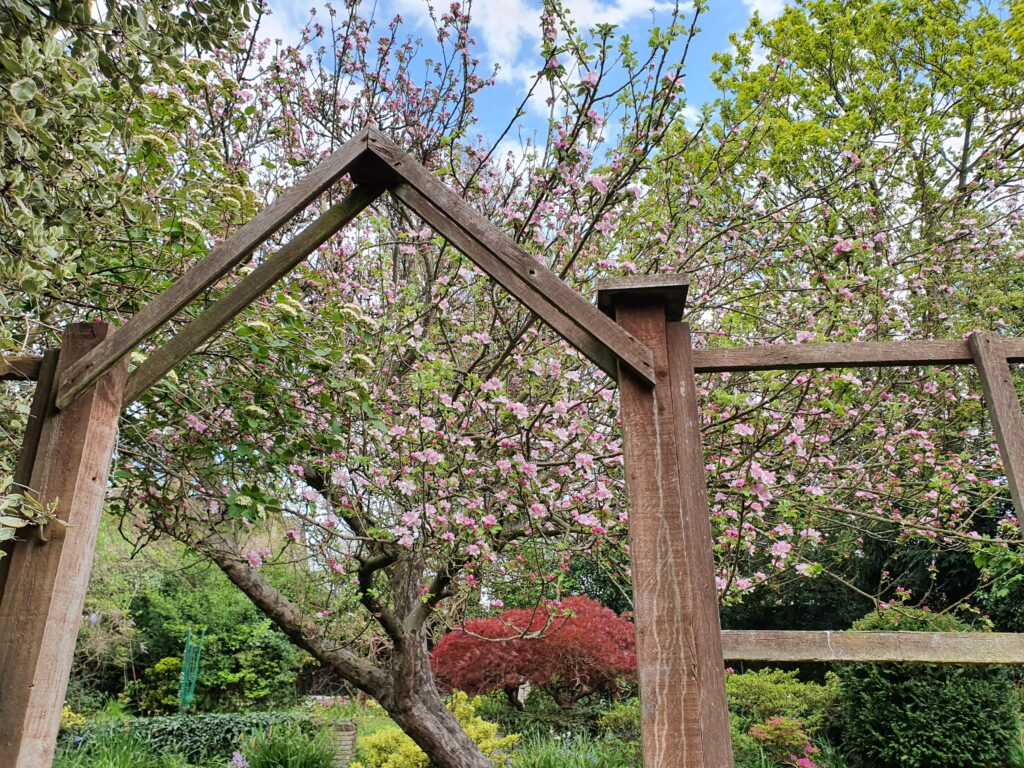 We’ve bought a house. It’s a special house, not just any house, probably unique. But it’s not a perfect house. It sits on its own little plot, like a tiny bit of countryside in the middle of a suburban neighbourhood. It has some pretensions to grandness – wooden pillars, “imposing” double doors and stuck on tudor-style beams in the conservatory. But deep down it knows it’s a basic bungalow with some bits added on – no great architectural distinction, no awards won. There are oddly-shaped rooms, a cramped spiral staircase, too much space given to the areas no one will use and not enough given to the key family rooms. And not enough connection between the living areas and the lovely cottage garden.

Like it’s last owner, we’re not planning to leave it alone. We’ve committed to it, but we’re not happy with it as it is, we’re coming in wanting to change it. That much we’re clear about.

But how? Now this is where it gets tricky. Because there are so many issues to solve that trying to solve them quickly brings to mind a blank slate. Maybe we should just start again? Rase it to the ground and build a new house? We could. Rationally it would make sense.

But that isn’t what we bought. We bought this house. We haven’t moved in yet, but we already love it, for all its mundane suburban kitch. After all, it is in a suburb and it was built in 1970 – it is of it’s time and place. And although 1970 isn’t old for this neighbourhood, it’s still 50 years ago – 50 years of life – people have lived and died here – it has memories.

And so how can we find a balance between making this into the home we know it can be, whilst respecting the home that it already is? We know this isn’t something we can do by ourselves, we’ll need the help of an architect and we’ve started looking for the right person. Our initial conversations with two architects has made us realise how important this decision will be. And also that although we are unqualified architecturally, it’s so important for us to find a way of communicating what matters to us and perhaps to advocate for the building too.

We need someone creative with ideas and practical expertise, but who can understand that the value of a building is not only in the objective assessment of its architectural style, but also in its history even when that history involves “ordinary” people living their everyday lives.And we need someone who will listen, not only to us and our hopes for what this building can do for us, but also to the building itself and where it has come from. This place has a story and we are a part of that story – as are the foxes and squirrels that share it with us. We need someone to help us reveal the next chapter.