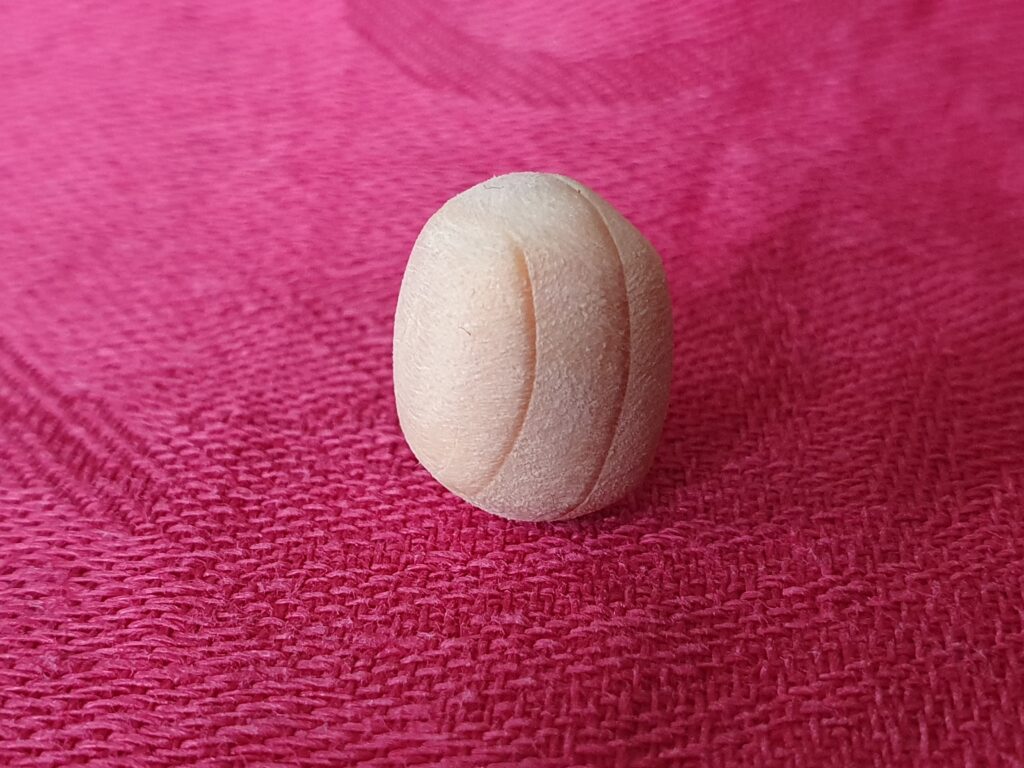 I’m sharing something my family has started doing in the last few days. If you’d like to encourage people in your household to do what is right, then there may be something you could adapt here.

When we play card games with counters, (Nain Jaune is a favourite thanks to DH’s French ancestry), our children will often designate one counter as “sacred.” In our house, we don’t have a religion so sacred simply means revered or special.

DS2 often seems fixated by video games so I’ve been pleased recently to see him getting interested in doing some woodwork with DH. Last weekend he came up with the idea of sanding down a piece of wood to turn it into a sphere. This was a secret project – I wasn’t allowed to know what he was doing – and he worked really hard on it, sitting outside for hours sanding away. In the end he reached the conclusion that an ovoid was more realistic than a sphere, so he proudly presented the sacred egg.

The sacred egg isn’t only a symbol of what can be achieved with a clear purpose, determination and hard work. DS2 had a plan for how it would be used.

We’ve done this for a week now and so far it’s been a good experience; it’s encouraged us all to think about the impact we have on the people around us. Of course where someone hasn’t had the egg for a while, other members of the family slightly lower the bar in their favour. We wouldn’t want the egg to be unattainable for anyone.

I think DS2’s idea has merit and could be adapted by other families. There’s no need to use a “sacred egg” – you could use any object that has meaning within a belief system or moral framework that members of your household share. And the award wouldn’t have to be for niceness. It could be creativity, hard work, tidiness, or whatever virtue members of your household agree you’d like to develop.

I’d love to hear if you adapt this idea and, if so, how it works out for you.